A letter from the Nova Scotia Teachers College

This fonds consists of colour portraits of Dalhousie graduates.

Certificate of incorporation and correspondence

File contains records relating to the 1986-1987 concert season of the Halifax Camerata Singers, including their certificate of incorporation (January 14, 1987) and a letter from Wayne Cahill (organist and choral director of the Bedford United Baptist Church) to the artistic director Jeff Joudrey regarding a supply organist.

Photo of a wedding party of two men, ten woman and one flower girl; full pose. Print from Nitrate Negative: 37-56

One man wearing a bow tie, looking to the side; bust

Correspondence and notes regarding the Nova Scotia Library Association conference

Correspondence with the Institute for Early Childhood Education and Developmental Services

File contains correspondence from, and copies of Budge Wilson's correspondence to, the Institute for Early Childhood Education and Developmental Services (IECEDS) in Truro, Nova Scotia regarding Wilson's guest speech at their convocation. The file also contains a copy of a newspaper clipping with the Fall graduates, a copy of the convocation program, and Brenda Putnam's introductory speech for Wilson.

One man seated on a carved chair; 3/4 pose

One woman seated and one young girl standing with her hands on her mother's shoulders; bust

One woman seated and one young girl standing with her hands on her mother's shoulder; bust

File contains two programs for two performance of Handel's Messiah by Symphony Nova Scotia, conducted by Georg Tintner, with the Halifax Camerata Singers and Truro Cantabile Singers, directed by Jeff Joudrey. The concerts took place at the First United Church in Truro, Nova Scotia and at the Rebecca Cohn Auditorium in Halifax, Nova Scotia. The file also includes a newspaper review of the concert.

File contains a program and a poster for a concert by the Halifax Camerata Singers in collaboration with the First Baptist Girls' Choir of Truro, Nova Scotia.

File is an audio reel containing an interview with Mary Morrissey on the Provincial Women's Action Committee meeting in Truro on November 22, 1986. The interview aired November 20, 1986 on Title Waves, a CKDU radio program. 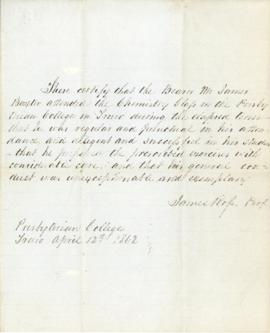 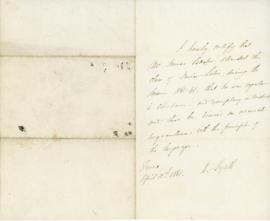 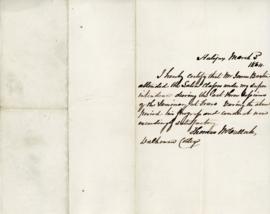 This fonds comprises three property deeds between George and/or Frank Lewis, of J. Lewis and Sons, and other parties.

One young woman seated looking down at one boy seated on arm of her chair; 3/4 pose

One young woman wearing nurse's uniform with cap, holding a portfolio and a bouquet of roses; bust

One young woman wearing glasses looking to the side; bust