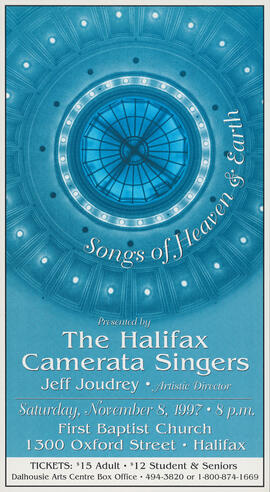 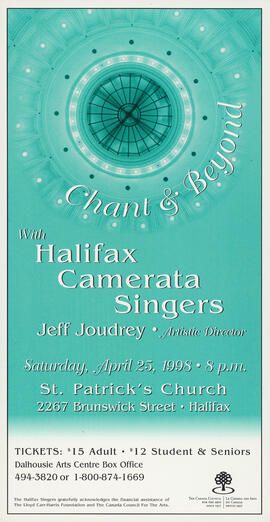 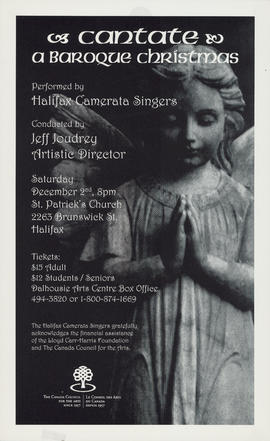 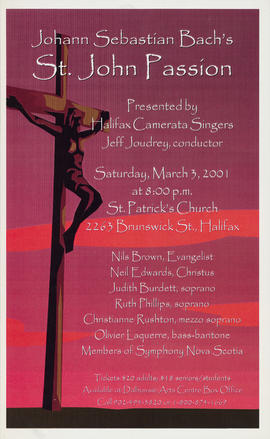 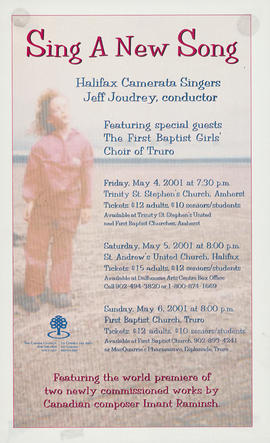 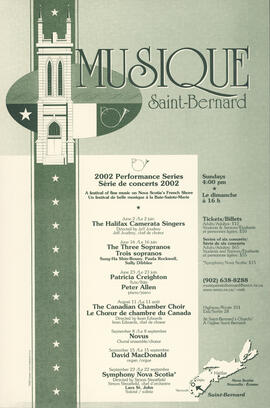 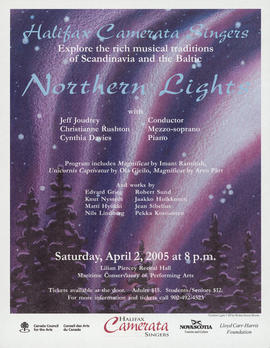 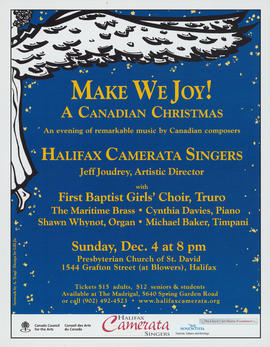 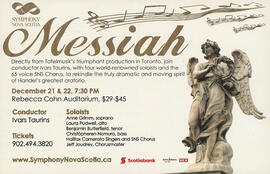 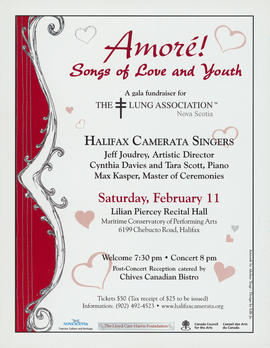 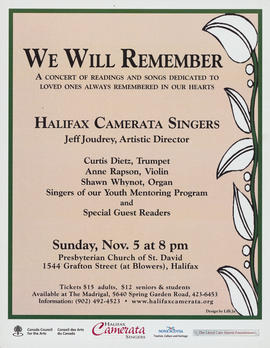 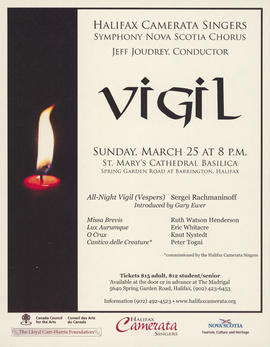 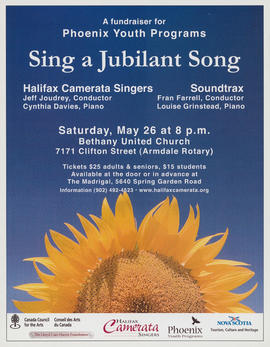 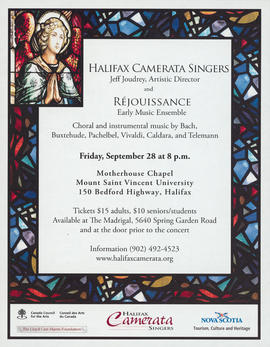 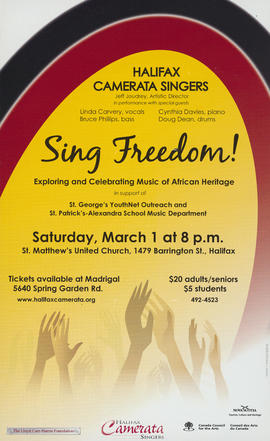 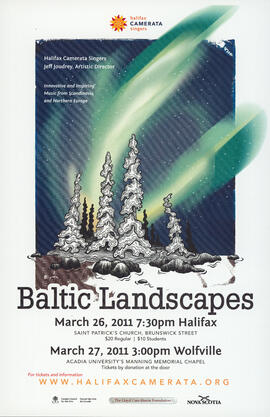 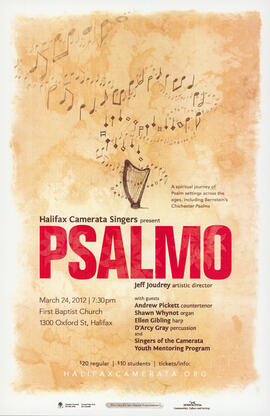 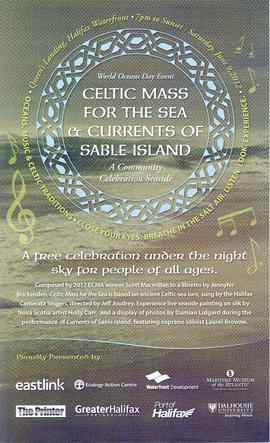 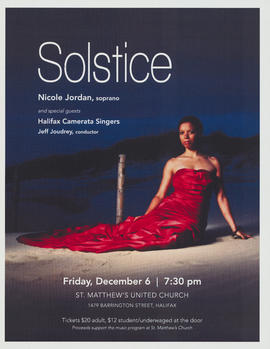 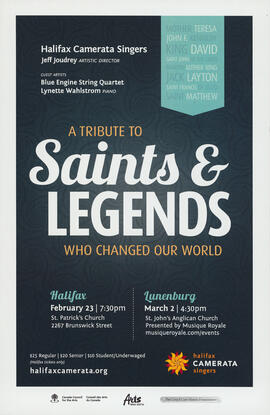 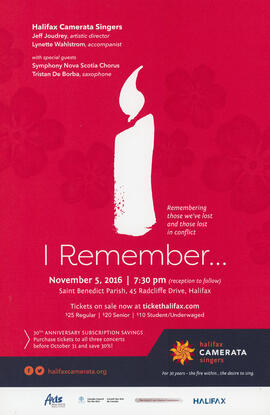 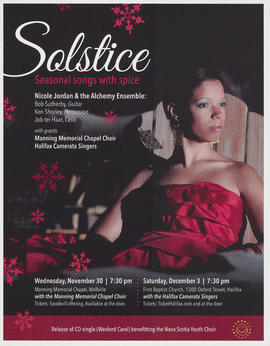 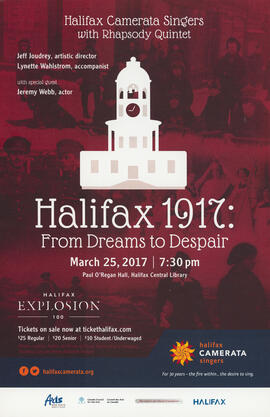 The Halifax Camerata Singers is a not-for-profit society and chamber choir based in Halifax, Nova Scotia. Jeff Joudrey founded the choir in 1986 and is its Artistic Director. The society is managed by a volunteer board of directors and funded through performances, donations, and grants from the Canada Council for the Arts; Nova Scotia Communities, Culture and Heritage; and the Lloyd Carr-Harris Foundation.

The choir performs a wide variety of repertoire with a special focus on Canadian compositions, and they actively commission new choral music from Canadian and international composers. The choir often collaborates with other Atlantic Canadian music ensembles, including Symphony Nova Scotia. The group has been a core part of the Symphony Nova Scotia Chorus since 2001. They perform regularly at regional concert series, including Music at the Three Churches (Mahone Bay, Nova Scotia), Musique Royale (Lunenburg, Nova Scotia), Music at Trinity (Amherst, Nova Scotia), Dartmouth Community Concert Series, and Indian River Festival, P.E.I.

The choir also actively supports emerging choristers and composers through their Youth Mentoring Program, bursaries for the Nova Scotia Youth Choir, and a Young Composer’s Competition. In 2008, Xara, a choral theatre ensemble for women aged 18-30, was founded as a youth initiative of the Halifax Camerata Singers.

The choir won the Wealy Willan Grand Prize in the 2010 National Competition for Canadian Amateur Choirs.