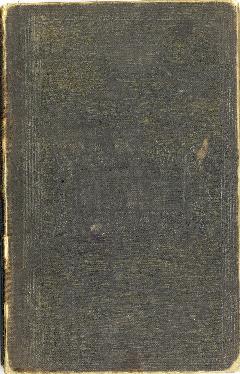 One young woman in profile; bust

The fonds consists of architectural plans, Bass River picnic files, correspondence and invoices, counter books, customer and employee records, export papers, interest books, journals, ledgers, legal documents, merchandise invoices, photographs, printed materials, reports and shareholder papers, sales books/journals, sales invoice copy books, statement books, and stock inventories, spanning over 100 years from 1870 to 1975. These materials illustrate accounting methods, the production of and market for chairs, shipping processes, relationships with other companies and the community, etc. The majority of the fonds consists of correspondence and invoices, both to and from Dominion Chair, including orders for company goods, for factory equipment, and items to stock the general store. Together the items are useful in understanding the organizational structure, management, and operations of the Dominion Chair Company, and provide insight into business operations in Nova Scotia throughout the late 19th and 20th centuries. 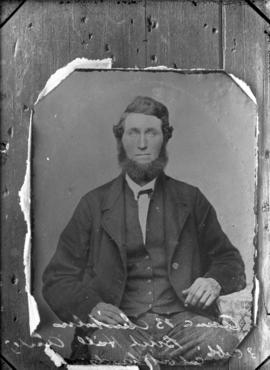 Item is a copy of a portrait photograph of Anna Chisholm, 3/4 pose. Glass plate negative envelope annotated with "cut out hands."

One girl with large ribbon on top of head, seated on table; 3/4 pose

One man wearing army uniform with cap and sergeants stripes, facing to the side; bust

One older man with long mutton-chop sideburns and one older woman wearing a hat and glasses, seated; 3/4 pose

One girl standing on a chair next to one boy seated on the chair's arm; full pose

One older woman standing with one hand on the back of a wicker chair in which one bearded older man is standing; full pose

One girl wearing a large ribbon in her hair, standing with her arms resting on a pedestal, looking to the side; 3/4 pose

Two poses of one young woman, facing to the side; bust

Copy photo of one man wearing army uniform with feathered cap, looking to the side; bust. Mat on the original has an oval opening

One older man seated on a wicker chair; 3/4 pose

One boy seated on a small table, and one younger girl standing with one arm resting on his shoulder and the opposite hand on the back of a small chair; full pose

Two poses of one young girl seated; full pose. In one she is on a window seat; in the other she is at a small table, holding a ball, facing to the side

Two poses of one young girl seated; full pose. In one she is on a window seat; in the other she is at a small table, facing to the side

Two poses of one young woman wearing nurse's uniform with cap, holding a binder and a bouquet of carnations, seated; 3/4 pose, A basket of flowers is placed on either side of her. Annotated: "Aberdeen Nurse"
Results 1 to 50 of 1920