Fonds consists of the personal papers of Charles Bruce, including a scrapbook, notebooks, personal and professional correspondence, published and unpublished work, and research materials and notes.

Subseries consists of copies of The Canadian Press Copytalk series as well as other newspaper and magazine articles written and/or collected by Charles Bruce.

File consists of correspondence pertaining to Bruce's experiences during World War Two with the Royal Air Force and getting shot down, newspaper clippings about the event, and notes from friends about his survival.

Correspondence between Charles Bruce and Norman A.M. MacKenzie regarding the possibility of Bruce working at UBC

File also contains the story of an unnamed soldier. 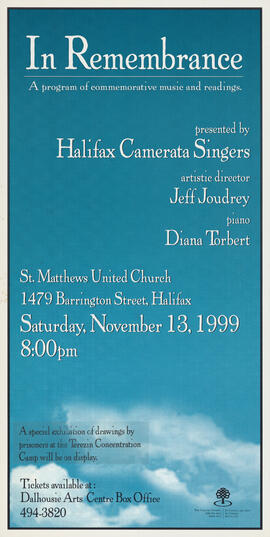 Included in the folder material relating to his arctic trip in 1922.

Material relating to Robert A. Logan's work during the Lindbergh expedition to Greenland and Iceland on board the S.S. Jelling : [reports, correspondence and newspaper clippings]

Two minute books (Volumes 2 and 3) of the Executive Committee, which include financial transactions, memoranda, disbursements and the deed of lease of the Canadian (Maple Leaf) Fund Incorporated. The original name of the organization was the British War Relief Society of the United States of America Canadian Maple Leaf Fund Incorporated.

Miscellaneous material relating to Robert A. Logan's time as a prisoner of war : [notebooks, map, documents and postcards]

Miscellaneous material relating to Robert A. Logan's work in the military : [reports, correspondence, documents and articles]

File contains newspaper clippings regarding Bruce's disappearance after the crash of the Arnhem flight; a clipping from The Canadian Press News that contains that story and a description of the Battle of Boulogne; censored papers about Bruce's story, Supply in the Sky; Bruce's Air Ministry Pass as a Canadian Press representative; a list of killed or missing RCAF officers; and two small books on the history of the Hotel Cour St-Georges in Ghent, Belgium, and the history and origin of the Manneken-Pis statue in Belgium.

Outline of the history of the Canadian Seamen's Union, by Charles Macdonald

File contains a preliminary outline of the History of the Canadian Seamen's Union 1936-1950 and a letter from Charles Macdonald to Tom McGrath, Bud Doucette, and Stan Wingfield. The Canadian Seaman's Union, established 1936 to improve the archaic working conditions and wages for ordinary commercial seamen. Affiliated to the Trades and Labour Congress, this effective, well supported, nationalist, communist led industrial union contributed to Canada's efforts in the Second World War. It gained concessions, was recognized as collective bargaining agent for ordinary seamen, and it fought unsuccessfully to retain Canada's merchant fleet.The outline is an attempt to line up the main sequence of events and the most important nonchronological matters that must be covered. 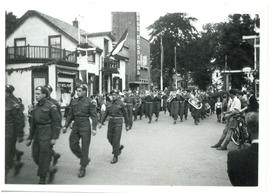 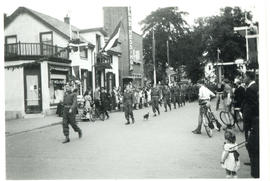 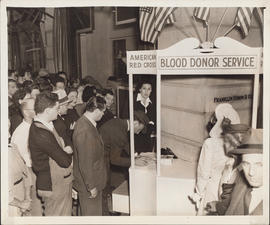 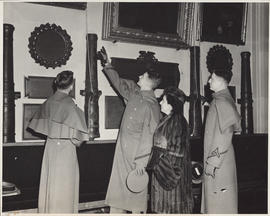 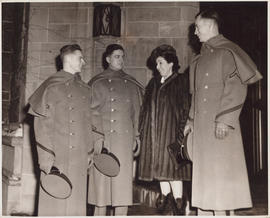 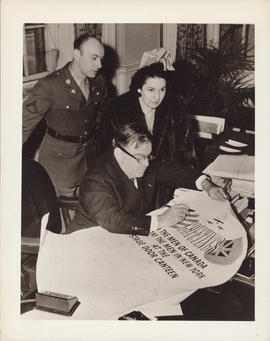 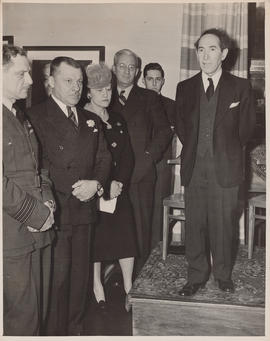 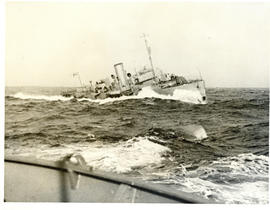 Photograph of the corvette Hepatica 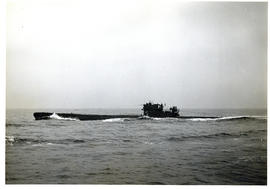 Photograph of the Princess Louise Fusiliers 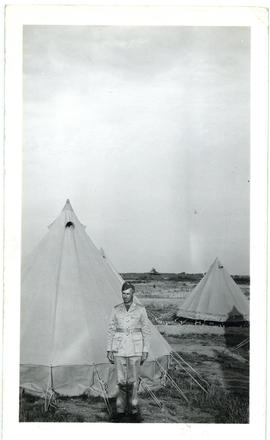 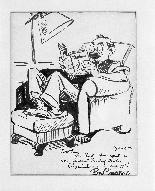 File contains 38 photographs taken in downtown Halifax during and after riots that took place on VE Day in 1945. Photographs show servicemen and women as well as civilians, street celebrations and ransacked stores. Item 25 was taken by Roy Tidman and Item 37 is a Royal Canadian Navy photograph.

Included in the folder material relating to his arctic trip in 1922.

Photographs relating to Robert A. Logan's work during the Lindbergh expedition to Greenland and Iceland on board the S.S. Jelling