Correspondence and notes regarding workshops for the South Shore Literary Club

Correspondence regarding membership in the South Shore Literary Club

File contains three books: a personal expenses ledger, including insurance payments and income cheques for Joyce Barkhouse (1948-1952); an inventory of household furniture and personal effects (January 23, 1959); and a wedding record with notes about her wedding to Milton Joseph Barkhouse (September 16, 1942). The wedding record also includes invitations and cards in the back.

Fonds comprises family papers, including an 1821 deed to the Perkins family of Liverpool, an 1824 royal land grant to Enos Collins of Liverpool, an 1845 letter of appointment of Samuel P. Fairbanks, Queen's Council, signed by Queen Victoria, and the last will and testament of Henry Newton.

File contains correspondence; copies of the agreements between Liverpool and IBEW Local 1928 (February 29, 1976; February 28, 1978; November 1979; February 29, 1984; and March 1, 1987); a copy of the by-law concerning the pension fund of permanent employees of Liverpool; proposed amendments to the collective agreement; press releases; and newspaper clippings.

File contains correspondence; a memorandum of agreement between the Corporation of the Town of Liverpool and IBEW Local 1928 (March 5, 1974); a copy of the by-law concerning the pension fund of permanent employees of Liverpool; and contract proposals.

File contains correspondence and copies of the agreements between IBEW Local 1928 and the Town of Liverpool (1974 and 1976). 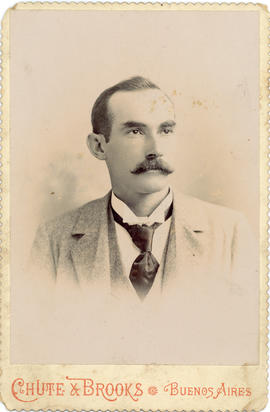 Item is a photograph of Captain Frank Gardner of Liverpool N.S. The photograph was taken by Chute & Brooks of Buenos Aires.

man and woman in each

File includes correspondence with the school.