Family counselling and the family physician 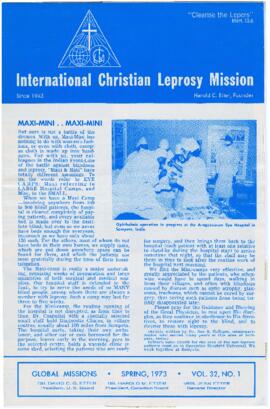 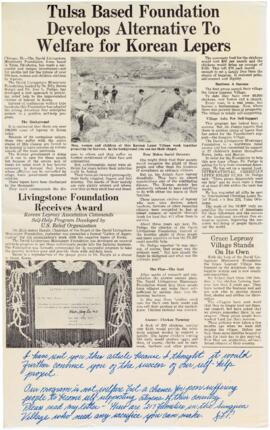 Tulsa Based Foundation Develops Alternative To Welfare for Korean Lepers : [article and correspondence]

Item consists of an article from the David Livingstone Missionary Foundation about leprosy missions in Korea, forwarded with a note by Jess Pedigo to Florence Murray, in the early 1970s.

A time to act : a proposal to restructure child and adolescent programs and services, Nova Scotia

File contains a report written in 1973 by Alexander Murchison and Edward Newell regarding a restructuring of child and adolescent programs and services in Nova Scotia to "stimulate community and government interest, participation, and action for change." 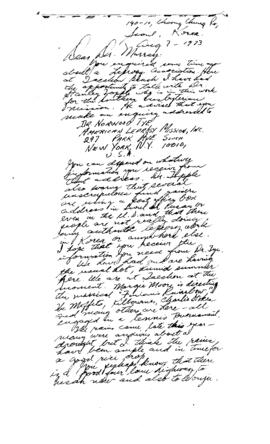 Item consists of correspondence between Florence Murray and W.W. Irwin from August, 1973, related to leprosy missionary work in Korea.

Item consists of a draft brief submitted to the Commission of Special Protection Services compiled by Dr. Alexander Murchison and others for the Children's Aid Society of Halifax, presented on May 29, 1972. The report was compiled for the purpose of stressing the importance of examining the "very fine line [...] between delinquent behavior resulting in direct Court Action under the Juvenile Delinquents Act and the behavior exhibited by a child in need of protection as defined in the Child Welfare Act" and making best practice recommendations, when determining foster home placements resulting from Family Court cases regarding child welfare and juvenile delinquency. Item also contains an appendix of three anonymous case studies from the Shelburne region.
Results 1 to 50 of 202