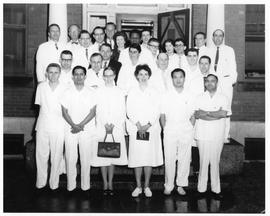 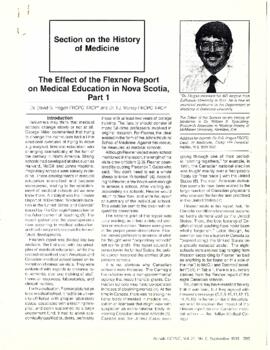 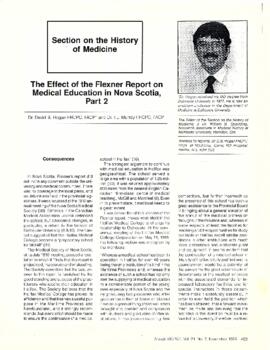 370 cm of textual records and other material

Thomas John (Jock) Murray is an accomplished physician, educator, researcher and internationally renowned Multiple Sclerosis expert. Born in Halifax in 1938, he received his early education at Pictou Academy (1953-1958), before completing pre-med studies at St. Francis Xavier University and graduating from Dalhousie Medical School in 1963. Following two years of general practice, he pursued post-graduate studies at Victoria General Hospital (VGH) in Halifax, the National Hospital at the University of London, and Toronto General and St. Michael's.

In 1969 Dr. Murray joined the Faculty of Medicine at Dalhousie University and became a Neurology Fellow at Victoria General Hospital. In 1972 he was promoted to Consultant of Neurology at VGH, Camp Hill Hospital, Grace Maternity Hospital and the Nova Scotia Rehabilitation Centre. Following academic promotions, Dr. Murray served as Head of the Department of Neurology for six years before being appointed Dean of Medicine in 1985. He was the first director of Dalhousie's Multiple Sclerosis Unit as well as the founder of both the Medical Humanities Program and Dalhousie Society for the History of Medicine.

Among his professional activities, Dr. Murray served as the first Canadian Chair of the American College of Physicians (ACP) Board of Regents. In 1995 he was honoured with the John B. Neilson Award for outstanding contributions to the history of medicine. He has received honorary degrees from St. Francis Xavier and Acadia and is a member of the Order of Canada and the Order of Nova Scotia, and an inductee into the Canadian Medical Hall of Fame.

In 2018 Jock Murray was named one of 52 Dalhousie Originals, a list of individuals identified as having made a significant impact on the university and the broader community since Dalhousie's inception in 1818. See https://www.dal.ca/about-dal/dalhousie-originals/thomas-jock-murray.html

Some material are closed until 2021. All other materials are open for research.