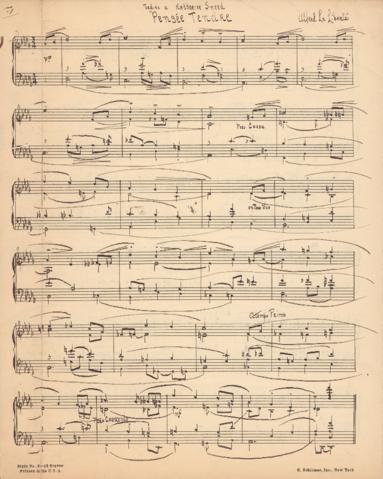 Alfred La Liberté was a Canadian composer, pianist, and music educator. Born in Saint-Jean-sur-Richelieu, Quebec, he began his musical education on piano in Quebec before attending the Stern Conservatory in Berlin. In 1906, he returned to Canada to teach at the Canadian Conservatory of Music in Ottawa. He then spent some time in New York with Alexander Scriabin, who convinced him to return to Berlin to study with Teresa Carreño. He also spent some time in Brussels, studying compositions with Scriabin. After performing in Europe for a few years, he returned to Montreal in 1911, where he opened a private teaching studio. In 1913, he moved to New York until the end of the First World War, when he returned again to Montreal.