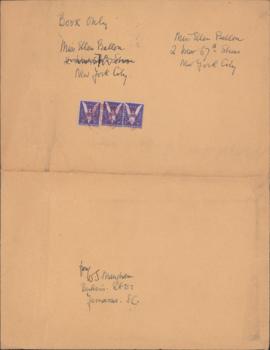 Item is an envelope used by William Somerset Maugham to send a book to Ellen Ballon.

Genealogical research and correspondence re. a revised version or television production of Blood Traitors

Geneaology research for Blood Traitors: The True Saga of Families Torn Apart by the Struggle for Independence in Revolutionary North America

Interview with Myra Kennedy on teaching by phone

File is an audio reel containing an interview with occupational therapy instructor Myra Kennedy about the teaching-by-phone strategy. In order to offer a graduate level course, Dalhousie's School of Occupational Therapy connected grad students by phone to professors at the Medical University of South Carolina. It was the first instance of a teaching-by-telephone course at an international level. The interview was conducted by Dalhousie's Angela Yazbek. The episode was recorded on November 17. 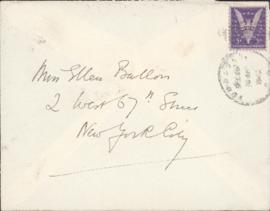 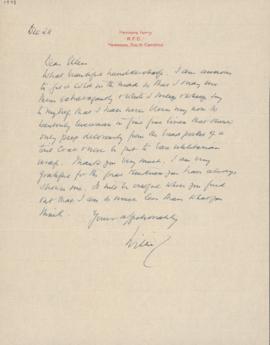 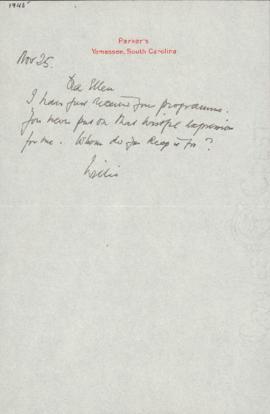