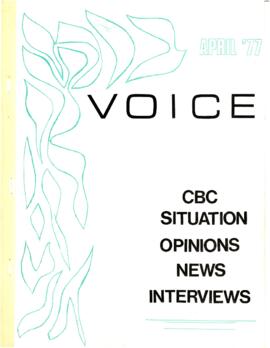 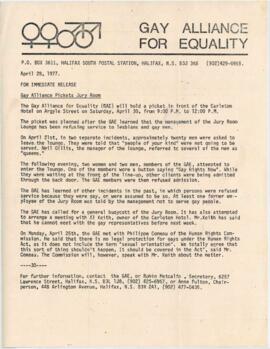 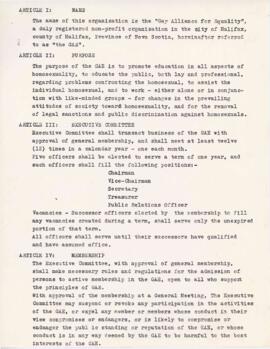 530 cm of textual records and other material

Movement for Citizens Voice and Action

In February 1970 the Nova Scotia Voluntary Economic Planning Board conducted an Urban Encounter week in the Halifax area to allow citizens to express their ideas, observations, frustrations and criticisms. As a result, a group of citizens concerned with the lack of participation in the regional planning process formed the Citizens’ Involvement Committee in order to involve as many voluntary associations as possible in the development of an active group within the Halifax-Dartmouth regional community. At a three-day conference held in Kentville, Nova Scotia, in February 1971, it was agreed to establish a citizens’ group coalition under the name “Citizens Inc.” In June it became “Movement for Citizens Voice and Action” to facilitate incorporation.

MOVE assumed full organizational status with the election of a Board of Directors. By the end of 1971, MOVE received a Local Initiatives Programme grant for $61,000, which enabled the organization to rent central office facilities, hire and organize staff for coalition member groups. MOVE’s objectives were to develop and strengthen the ability of people and groups in the region to identify needs and issues and to organize people to take informed and effective action; to serve as a mechanism within which community groups from different geographical, issue, and need areas could meet and exchange information and possibly form issue-centered coalitions; provide resources that included information made available through their library while also providing staff, printing services, monies, and mediation to municipal, provincial, and federal government departments.

Some of MOVE’s most notable achievements include: co-ordinating interested groups and individuals in presenting a proposal for a Planning Advisory Committee to be established in Halifax; organizing the Canadian Council of Resources and Environment Ministers Conference in Nova Scotia and participating in the Nova Scotia delegation to the national conference; promoting public hearings on Harbour Drive North; co-ordinating submissions to a regional version of the United Nations Conference on the Human Environment; establishing a Dartmouth Cable-TV program on community affairs; and sponsoring a public forum on the Halifax Transit strike. Most importantly, MOVE played an integral role in the dissemination of prominent local issues to the public as the organization received an abundance of media coverage throughout the 1970s and produced many controversial publications.

Towards the end of the 1970s, MOVE started facing financial difficulties. The core of MOVE's funding had been provided by the Ministry of State for Urban Affairs, which was cut. As a result, MOVE eventually shut down their facility and sold off their office equipment. The organization's last recorded activity was a final meeting in 1982 after nearly three years of inactivity.

Fonds consists of a wide range of records from both MOVE and MOVE coalition members, consisting of administrative records to material on social issues. Records include meeting minutes from the board and staff; material on operations; records on funding and finances; material on activities and participation of MOVE such as conferences, seminars, and workshops; various material on internal committees and external committees; various material on MOVE coalition member groups; resource and reference material that made up much of MOVE's library as well as research information they used for various publications for citizen awareness. In addition, the above records contain material that target many social issues such as environment, human rights, poverty, unemployment, city planning, and transit issues.

Effort was made to maintain the original arrangement, however, some imposed arrangements have been made by the archivist.