File contains documents about the 4th Annual Costume Society Symposium at Bath, other documents related to the Costume Society, a project proposal for the Dalhousie Craft Fashion Project, information about a Dalhousie Theatre Department fashion show, criteria for promotion from the University of Regina Theatre Department, information about an exhibit called "Women of Invention" at the Manitoba Museum of Man and Nature including two slides, photographs and sketches of the Salvation Army building on Cunard Street, a letter about a development on Hollis Street, a price list from Weaver's Loft, a list of contact information for various services, documents about the Louisbourg Calendar Project,

File contains documents related to the Louisbourg costuming program, such as instructions on how to make stockings and other items, a notepad with handwritten notes, progress reports, correspondence, invoices, and telegrams. The file also includes notes for readers from the Victoria and Albert Museum Library, coorespondence from the Nova Scotia Department of Culture Recreation & Fitness about summer programs that Doyle led, information about Nova Scotia Textiles Limited, and Nova Scotia Textiles lecture notes and slide cues. 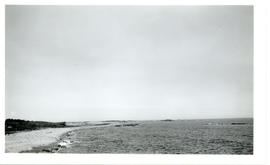 Item, a photograph, includes White Point, which is the long, low spit in the background. The small point in the middle distance is shown on old maps as Gull Point. 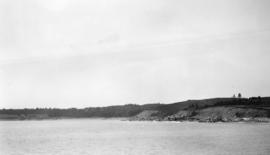 Item is a photograph taken from the nid-de-pie position at Kennington Cove. 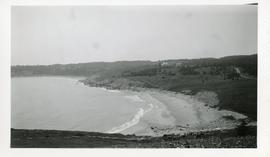 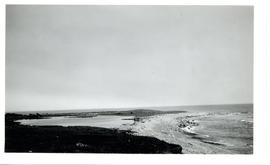 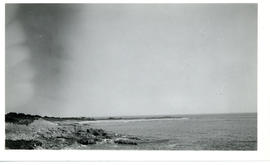 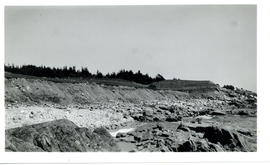 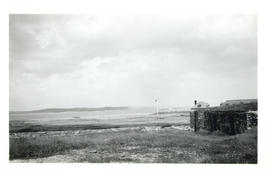 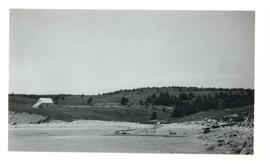 Photograph of the beach at Kennington Cove, Louisbourg 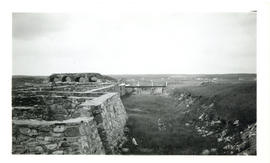 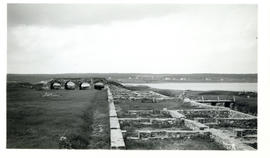 Pictures of chairs and earthenware from fortress of Louisbourg

File contains nine colour photographs of chairs and pots against pale green background. The chairs and earthenware are from the Fortress of Louisbourg.

File contains an article written by Joyce Barkhouse and published in the Canadian Treasure.