File contains notes on and the script for Zwicker episode 6 Cat's Paw.

File contains nots regarding, and the script for, Zwicker episode 5 Iron Gates.

File contains notes on the score for, and the script for, Zwicker episode 3 Lebanese Blonde.

Zwicker episode 2 fiend in the fortress

File contains score notes and the script for Zwicker episode 2, the Fiend in The Fortress.

File contains a letter regarding the billing for composing the music for Zwicker, the script for Zwicker episode 1, composition notes, and the contract for the work.

File is an audio reel that contains an episode of Artscape, a radio program broadcast on CKDU radio 97.5. This episode includes an interview with Zo Lambert, an assemblage artist, and a film review of Powaqqatsi, which was shown at Wormwood's Dog and Monkey Cinema in Halifax from December 2 to December 8, 1988.

File is an audio reel that contains an episode of From a Different Perspective, a radio program broadcast on CKDU 97.5. This episode is on Zimbabwe writers. It aired August 4, 1988 and was rebroadcast August 3, 1989 on The Evening Affair, CKDU's evening public affairs program.

File is an audio reel that contains an episode of The Latin Quarter. This episode is on the youth tour to El Salvador.

File is an audio reel containing an episode of The Word is Out, a radio program broadcast on CKDU radio 88.1. The episode was recorded on October 27, 1985, and was broadcasted on November 1, 1985.

Youth and education in Africa

File is an audio reel that contains an episode of From a Different Perspective, a radio program broadcast on CKDU 97.5. This episode is on youth and education in Africa. It aired November 2, 1988 on The Evening Affair, CKDU's public affairs program.

You're the only one for me : [Sound recording by Frank Spinney]

Item is one audio track titled "You're the only one for me" length 2 minutes and 39 seconds.

You're not my kind of woman : [sound recording by Bob Murphy and Mike Fogarty]

Item is a sound recording performed by Bob Murphy and Mike Fogarty. Item is one of thirteen songs on this audio reel. 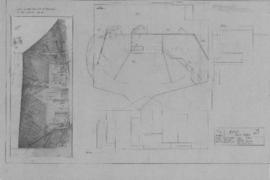 Young Triffie's been made away with

File contains original set designs and a copy of the light plot design for Neptune Theatre's studio production of "Young Triffie's Been Made Away With," directed by Mary Walsh and designed by Stephen Osler (set) and Michael Fuller (lights).

Item is a track on an album. 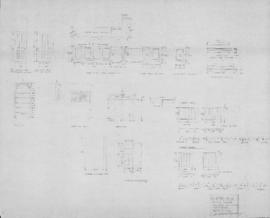 You better watch out, you better not die

File contains set designs for Neptune Theatre's production of "You Better Watch out, You Better Not Die," drawn by Andrew Murray.

You : [sound recording by Bob Naugle]

Item is one audio track titled "You" performed by Bob Naugle.

Item is a sound recording performed by Neighbor and written by [John] Lennon and [Paul] McCartney. Item is one of eleven songs on this audio reel.

File is an audio reel containing an episode of The Word is Out, a radio program broadcast on CKDU radio 88.1. This episode features a year in review for 1992, parts 1-3. The episode was recorded on December 20, 1992, and was broadcasted on December 22, 1992.

File is an audio reel containing an episode of The Word is Out, a radio program broadcast on CKDU radio 88.1. This episode features the year in review, including rights/a task force on AIDS, the SUNS combat AIDS project, a lesbian conference, and bill C-54. The episode was recorded on December 24, 1988, and was broadcasted on December 26, 1988. 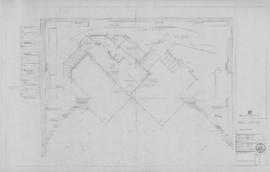 File is audio reel one of two from this session, containing nine sound recordings made on November 29, 1990.

Writer's Report for the visit to the Halifax City Regional Library

File contains Budge Wilson's introductory speech for the Writers' Federation of Nova Scotia Short Story Award and a program from the event. The award was won by Jane Elizabeth Ledwell with Beverley Morash (second), Beth Ryan (third), and Kathleen Knowles, Joyce Simpson and Abby Whidden (honourable mentions). Wilson's speech discusses each of the recipients and their submissions in turn.

Wouldn't it be nice : [sound recording by Forbes Chev. Olds.]

File is an audio reel containing an episode of Black Cultural Centre Presents, a radio program broadcast on CKDU radio 88.1. This episode is an interview, entitled "Worth the Wait." The episode aired April 13, 1989 and was rebroadcasted on April 25, 1989.

Item is a videocassette of a guest lecture given by Dr. C.H. Kempt, who spoke as part of the Friday at Four lecture series. This series was sponsored and organized by the Dalhousie Medical School and focused on a variety of subjects by lecturers invited to speak about specialized areas of medicine. The lectures were held each Friday by the School from the 1970s to the 1990s. The video was requested by Dr. Putnam from the Division of Continuing Medical Education.

World Academy of Arts and Sciences directory of fellows

File contains a draft version of the manual developed by John H. Proctor.

World Academy of Arts and Science

Subseries consists of Ronald St. John Macdonald's records regarding his involvement with the World Academy of Art and Science. Subseries contains printed materials, news releases, administrative records, and other materials.

File contains one pamphlet with information on the Community Development Fund application process for 2005, one copy of the pamphlet Sexual diversity in the workplace; one copy of the traditional gender model; one copy of Medical Procedures Related to Transgender Health as an MSI Benefit for Nova Scotians; one copy of draft 13 of Understanding Transsexuality: A Workshop; one packet of information regarding transgender youth and their involvement with the Youth Project; budgets for May 2012; one copy of the Trans Pride Canada: Style Guide; correspondence 2010-2012; news clippings dated 2011; notes; and educational materials relating to transgender health.

File contains one copy of So You Wanna Be a T-Girl - A Realistic Guide to the Transitional Journey printed off from the web; one draft of speaking notes for the Understanding Transsexuality workshop; and two unmarked DVD-R discs.

File contains audio recording of the workshop "Bashing Queers and Women" from the Women's Health Education Network Conference on May 5, 1990. Workshop was administered by Anne Bishop and Jan Morrell. 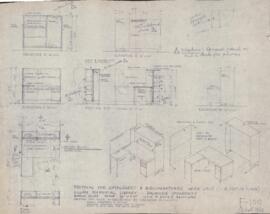 File contains 2 pages of blackline prints of working designs for a display unit and book cases for the planned Kipling Room in the Killam Library. The drawings include elevations and section details, are stamped "preliminary," numbered S-8 and S-8, and dated 31 March 1969. The Kipling Room ended up remaining in the O.E. Smith wing of the Macdonald Library; it is possible that these furniture plans were used instead for the Morse Room, which was located behind the MacMechan Auditorium.

File contains the original drawing of the ground plan for Neptune Theatre's lunchtime production of "Workhouse Ward." The director and designer of the production is not indicated.
Results 1 to 50 of 17134