Teaching of agriculture in the schools of Nova Scotia : a report

Correspondence to Eric Boulden re. the report of the Nova Scotia Interdepartmental Committee on Agricultural Education

Report of the Committee to Consider the teaching of agriculture in rural schools, produced by or for the Nova Scotia Farmers’ Association

How can we teach so that youth may become more truly rural minded? / D.G. Davis

Report of the Nova Scotia Interdepartmental Committee on Agricultural Education 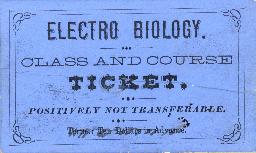 File contains documents relating to Hall's honorary degree received from the University of Calgary in 2014. Materials include a photograph of Hall in graduation robes, the 2014 convocation booklet and invitation for June 12, correspondence, a small news feature, and an outline for Hall's speech.

File contains documents relating to Hall's lecture for the History of Science and Technology (HOST) department. Materials include typed notes, as well as lecture outlines and two annotated articles.

Correspondence regarding Writers' Federation of Nova Scotia in schools

File contains correspondence and completed forms regarding the Writers' Federation of Nova Scotia program to bring Nova Scotian authors into school classrooms through readings and workshops.

Children's artwork for Harold and Harold

File contains documents relating to Hall's lectures on evolutionary development. Materials include typed and handwritten notes, as well as lecture or presentation outlines.

Correspondence with Educational Testing Service regarding permissions for The Metaphor

Letters and from grade 3 students at Colby Village Elementary

File includes the itinerary for the school and libraries tour.

Letters and cards from students

Correspondence with students and teachers at West Kent Elementary school

Letters from students and teacher at Southdale school

File consists of students drawings, from Donagh Regional School, of Victor the boa constrictor, as represented in the poem Victor by Budge Wilson.

File contains letters and drawings in response to Budge Wilson's book "The Cat that Barked."
Results 1 to 50 of 499