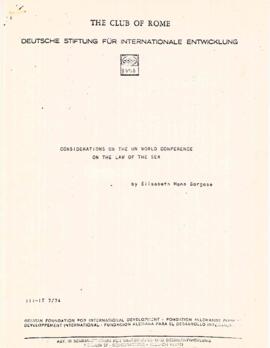 File contains two copies of the report (one in English, the other in Spanish), on the second session of the United Nations Conference on the Law of the Sea (UNCLoS). The papers were written for the Club of Rome (CoR).

Correspondence between Elisabeth Mann Borgese and Pan Am

File is an audio reel that contains an episode of Artscape, a radio program broadcast on CKDU radio 97.5. This episode is entitled "Friday Arts Profile." This episode features Martha Graham, a dancer who performed at the Cohen Arts Centre, interviewed by Sheryl Spencer. The episode aired on November 11, 1988 and was rebroadcasted the same day on The Evening Affair, CKDU's evening public affairs radio program. 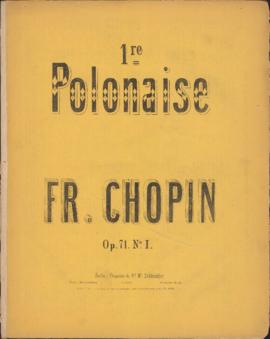 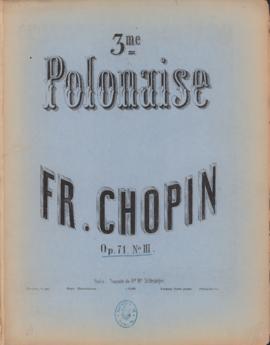 Item is a postcard with a black and white photograph of Pietro Mascagni (1863-1945), an Italian opera composer. The postcard has various signatures on the front, including Francesco Marconi (1855-1916, operatic tenor from Rome) and four other illegible signatures. The postcard is addressed to Frau Dr. Lehnsern(?) of Berlin.

Item is the piano part of the 1922 edition of Ernst von Dohnanyi's composition, published by N. Simrock.