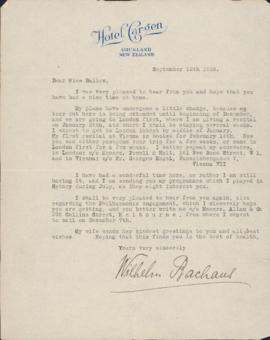 File contains a letter from Wilhelm Backhaus concerning his and Ellen Ballon's performances, written while Backhaus was performing in New Zealand.

Photographs of exhibitions held between 1980 and 1986

File contains seventeen photographs of exhibitions at Eye Level Gallery presented between 1980 and 1986, including the Auckland / Halifax Exchange exhibition presented in Halifax from September 2-26, 1986.