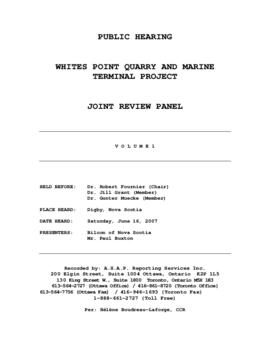 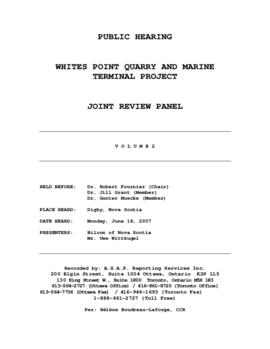 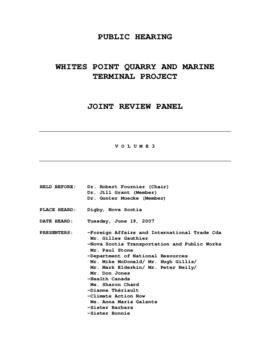 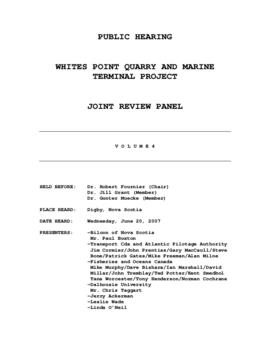 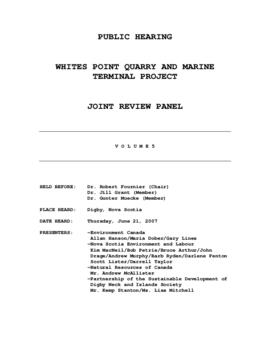 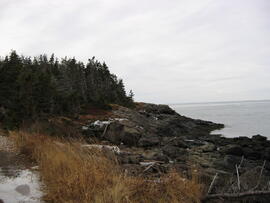 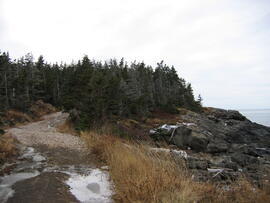 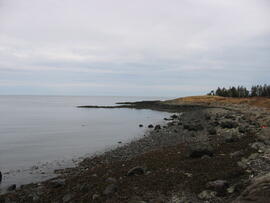 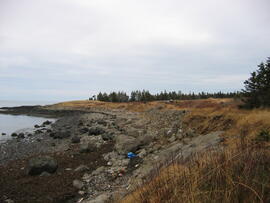 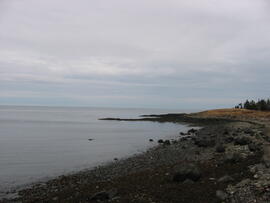 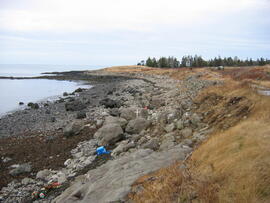 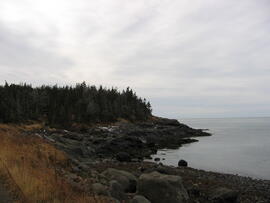 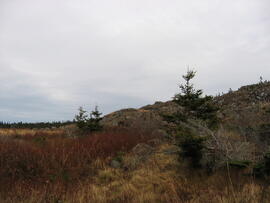 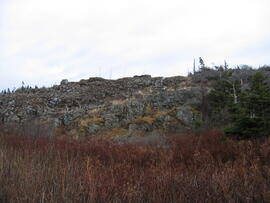 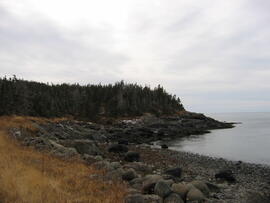 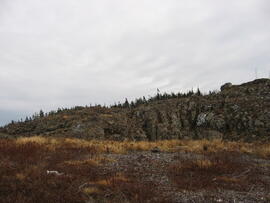 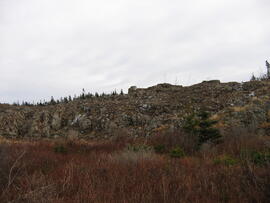 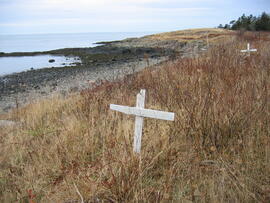 On March 24, 2003 Fisheries and Oceans Canada received a proposal from Bilcon of Nova Scotia for the construction of a 152-hectare basalt quarry, processing facility and marine shipping terminal at White’s Point, approximately 35 km southwest of Digby, Nova Scotia, along the shores of the Bay of Fundy.

A joint federal-provincial review panel for the Whites Point Quarry and Marine Terminal Project was announced on November 5, 2004. The three-member panel consisted of Dr. Bob Fournier, Dr. Jill Grant, and Dr. Gunter Muecke. On March 31, 2005 the panel released final guidelines for the preparation of the Environmental Impact Statement (EIS), which would provide direction to Bilcon in preparing a statement of the project's anticipated environmental impact.

After consideration of the report, the Minister of Environment and Labour announced on November 20, 2007 that the project posed unacceptable risk to the environment and to the community. The application to establish Whites Point Quarry and Marine Terminal was not approved.

Materials were donated to the Dalhousie University Archives by Dr. Jill Grant of Halifax, Nova Scotia on September 18, 2008. Prior to that, the records were in the custody of Dr. Grant.

The files within each series are arranged alphabetically.

Materials do not circulate and must be used in the Archives and Special Collections Reading Room. Contact Archives staff for guidance on reproduction.

Copies of the environmental impact statement and related materials can be found on a "Whites Point Quarry" website published by Nova Scotia Environment: http://www.novascotia.ca/nse/ea/whitespointquarry.asp.