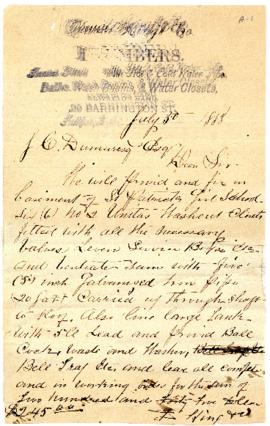 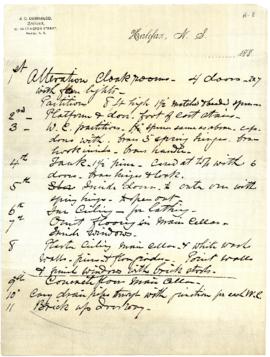 James Charles Philip Dumaresq was born in Sydney, Nova Scotia, in 1844, the second son of Charles Whitikin Frederic Augustus Dumaresq and Christianna McDonald. He was educated in Sydney and at Horton Academy in Wolfville. From 1868 to 1869 he was working as a carpenter in Sydney, and by the early 1870s he had established an architectural business in Halifax.

Dumaresq designed many public buildings in Nova Scotia and New Brunswick, including the New Brunswick Leglisture (1882), the Forrest Building at Dalhousie College (1887), and St. Ambrose Roman Catholic Church in Yarmouth (1890). His domestic work included a Queen Anne Revival “cottage” on Young Avenue in Halifax and plans for a simple duplex. He also designed shops and storefronts.

In 1873, Dumaresq married Maudline Matilda McDonald, with whom he had two sons and four daughters. His son, Sydney Perry, joined his father in 1899 to form J.C. Dumaresq and Son. James Dumaresq passed away in 1906.