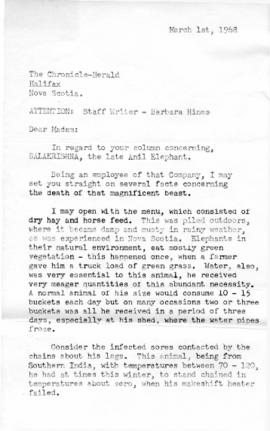 File contains a photocopy of "People we meet" article on R. Graham Murray in The Chronicle Herald by Harold Shea on April 3, 1982.