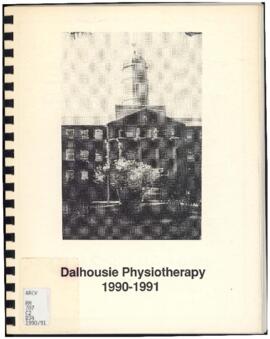 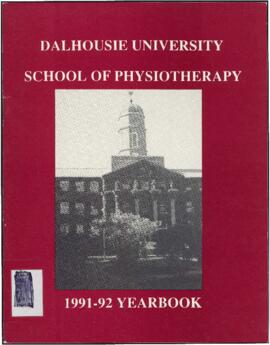 File consists of one volume of the Dalhousie University School of Physiotherapy yearbook for the year 1992. 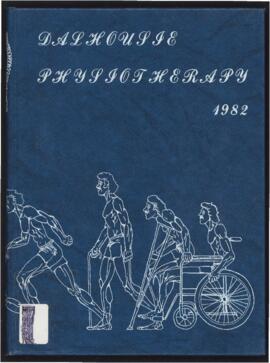 Subseries contains yearbooks published by Dalhousie University students between 1927 and 1998. From 1929 onward, the yearbooks were printed under the title Pharos, a reference to the destroyed lighthouse in ancient Alexandria. 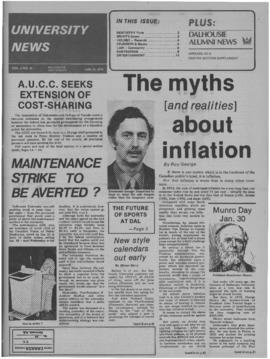 Item comprises one copy of volume 6, number 10 of University News, published January 23, 1976, which includes a special supplement on the future funding of Canadian universities and a twelve-page supplement called Dalhousie Alumni News.

File contains a triangular piece of yellow cardboard with a 'character study' of Dalhousie student Mary Caroline Hawkins. There are two Greek letters printed at the top of the card: Delta Gamma. This card is presumed to be related to the Delta Gamma Society, a women's society at Dalhousie University.

Series contains an incomplete run of Dal Magazine, formerly titled Dalhousie Magazine and Dalhousie Alumni Magazine. There are no issues for 2014.