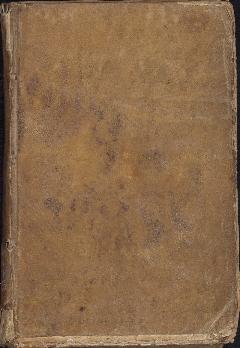 Samuel Johannes Holland, born in 1728 in Deventer, the Netherlands, was a military officer, politician, and early surveyor of Canada. He began his military career in 1745 with the Dutch Artillery and in 1754 he moved to England and became a lieutenant in the Royal Americans. He arrived in North America with the British Army early in 1756, where he created early maps of New York state, worked as an engineer under Brigadier-General James Wolfe during his 1758 attack on Louisbourg, surveyed Louisbourg, Halifax, and Fort Fredericton, and participated in the 1759 siege of Quebec.

Holland was appointed Surveyor General of the Northern District of North America in 1764 and was named to the Council of Quebec. From 1764 to 1767 he surveyed Prince Edward Island, Îles de la Madeleine, and Cape Breton. He then began mapping the north eastern seaboard for the British Army and helped to negotiate provincial and state boundaries in the northeast.

Holland returned to England in 1775 and rejoined the British Army. In 1777, he returned to North America as a British aide-de-camp until he was recalled to Quebec in 1778. In 1779, he was named to Quebec’s Legislative Council, where he remained until 1792. He continued to act as Surveyor General until 1801.

Holland was married to Gertrude Hasse in 1749. She remained in the Netherlands when Holland left for England and, later, North America. The couple had separated by the early 1760s when Holland married Marie-Joseph Rollet, with whom he had ten children. Holland and his family lived in various places in British North America, including Louisbourg, Quebec, and New Hampshire. Samuel Holland passed away in Quebec on December 28, 1801.

The notebook was donated to Dalhousie College Library by Judge Patterson of New Glasgow ca. 1926. It was accessioned by Dalhousie University Archives in 1970.