Fonds consists of materials created and collected by Andrew Merkel. The fonds contains correspondence to and from friends and associates, including Charles Bruce, Kenneth Leslie, and Robert Norwood; manuscripts of articles, poems, and plays; Atlantic Radio and Aviation Magazine Papers; newspaper clippings related to his retirement and death; printed copies of The Song Fishermens’ Song Sheet and The Order of Good Cheer; and some other miscellaneous documents 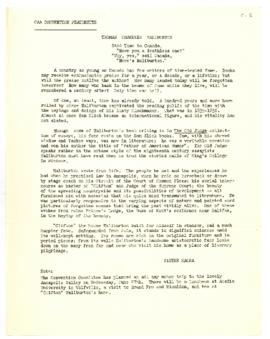 Item is a poetry copybook kept by Annie Prescott Duff, with entries made in various hands.