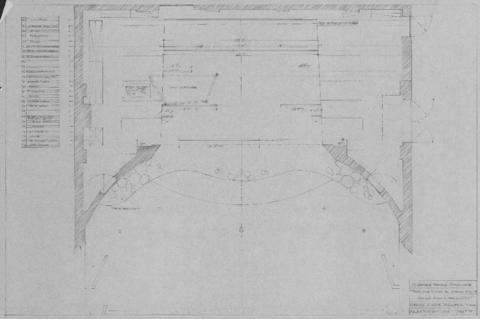 Brian Pincott is a lighting designer and politician. He is the production and lighting manager at Alberta Theatre Projects and was previously a city councilor in Calgary, Alberta for ten years (2007-2017). He studied at Acadia University from 1980 until 1986. He has worked with various other Canadian theatre companies, including Theatre Calgary, Tarragon Theatre, and Neptune Theatre.

File contains original and annotated copies of set designs for Neptune Theatre's production of "Charlotte's Web," directed by J. White and designed by D. Poultney. The file include Stage Management's annotated copy and a copy of the light plot design by Brian Pincott.