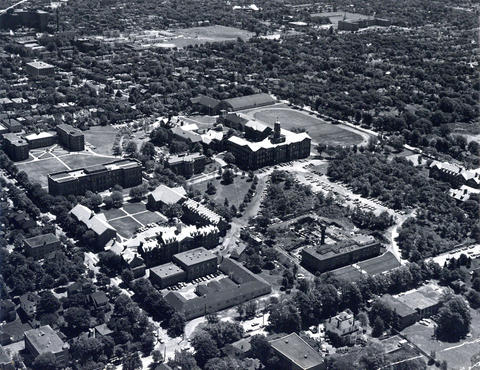 Business declined steadily from 1989-1994 as personal camera use rose and work for the Herald decreased. Clark cancelled the Herald contract late in 1994 and continued the business as a freelancer, investing increasing amounts of time and energy to keep abreast with the latest digital technologies. In 1988 these changes led him to establish Digiscan Photographic Services with Gary Castle.

Item is an aerial photograph of Dalhousie University looking south-east.