Item is an early draft proposal written by Alexander Murchison and others in 1972 or 1973, regarding funding for a health grant to improve the delivery of health services to children and youth in Nova Scotia. The proposal accompanies a report entitled "A Time to Act." 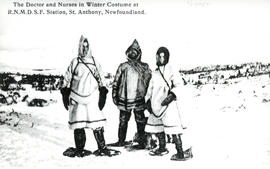 Manuscript of certificate of recognition to Florence Jessie Murray