One young woman wearing a broad hat seated in wicker chair and one young man wearing a hat and carrying a cane seated on its arm; 3/4 pose 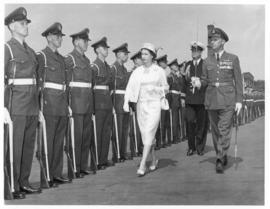 File contains a program and poster for a concert presented by the Confederation Centre for the Arts. The program included performances by the Christ Church Cathedral Trebles from Fredricton, New Brunswick, conducted by Jeffrey Campbell, and the Halifax Camerata Singers, conducted by Jeff Joudrey and accompanied by Diana Torbert.

One woman and one man; bust. Print from Nitrate Negative: 37-197 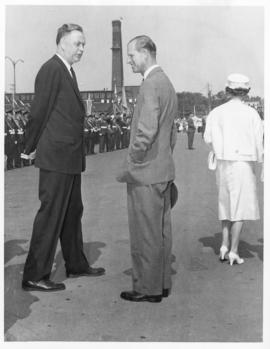 Photograph of Prince Philip and Queen Elizabeth II during the Inspection the Troops at the Charlottetown Waterfront during the Royal Tour to P.E.I.

Talk on writing Before Green Gables given at the Charlottetown Conference on L.M. Montgomery

Photograph of the Sanitorium in Charlottetown, PEI

Item is a photograph of the Sanitorium in Charlottetown, PEI. Inscription on verso: "There is a large service wing on the back which does not show in the picture".

File is an audio reel containing an episode of Title Waves. This episode is the first part of a two-part series with Joseph Sherman, a poet from Charlottetown, Prince Edward Island. The episode was recorded August 10, 1990 and aired August 23, 1990.

Bill of sale of the schooner Corona between Georgina G. MacDonald and Captain Robert N. Anderson

File contains 28 receipts and one envelope for the Bill Lynch Shows from June - August, 1951. Some of the receipts are for services including "grind shows", "girl shows", and "esquire." The locations include Moncton, Campbellton, Charlottetown, Lunenberg, New Glasgow, Fredericton, Amherst, Woodstock, Halifax, Saint Stephen, and Saint John.

Electronic email messages of Budge Wilson regarding a talk at the eighth L. M. Montgomery Conference

Correspondence with students and teachers at West Kent Elementary school

Copy photo? of one man seated, looking to the side; 3/4 pose. Date on plate reads: Nov. 16th, and date on paper attached at top of plate reads: "April 1890". Address: The Esplanade, Charlottetown 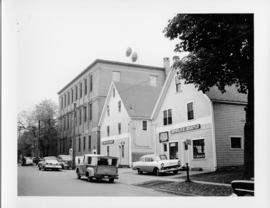 Photograph of the exterior of the Island Telephone Company central office, taken from the right

Item is a photograph of the exterior of the Island Telephone Company central office in Prince Edward Island, taken across the street and from the right. Several vehicles and two other buildings (a Producer's Co-op Associtation Appliance and Farm Supply depo and Dairy and Poultry department) are visible beside the building.

List of important dates in the history of the Charlottetown Festival

File consists of students drawings, from Sherwood Elementary School, of Victor the boa constrictor, as represented in the poem Victor by Budge Wilson. Includes a thank you note card from Sandi Reddin and a reply from Budge Wilson.

Letters and drawings from students at L.M. Montgomery School 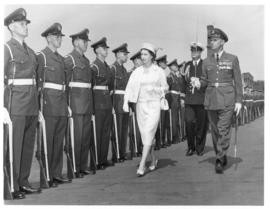 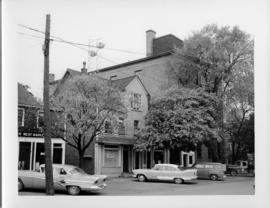 Photograph of the exterior of the Island Telephone Company central office, taken from the left

Item is a photograph of the exterior of the Island Telephone Company central office in Prince Edward Island, taken across the street and from the left. Several vehicles and three other buildings (a meat market, Isabel's Beauty Shop, and a sweets store) are visible beside it. The view of the building is partially covered by trees.

File is an audio reel containing an episode of Title Waves. This episode is the second part of a two-part series with Joseph Sherman, a poet from Charlottetown, Prince Edward Island. The episode was recorded August 10, 1990 and aired August 30, 1990.

File is an audio reel containing an episode of Title Waves. This episode features a discussion of Milton Acorn (1923 - 1986), a Canadian poet from Charlottetown, Prince Edward Island. The episode was recorded September 5, 1990 and aired September 6, 1990.

Correspondence and dramaturgy notes from a workshop at the Confederation Centre

File contains documents related to a workshop of a Political Cabaret at the Confederation Centre in Charlottetown, Prince Edward Island. Jenny Munday participated in the workshop. The documents include correspondence between Munday, Colin Jackson, and Michael Shamata, including dramaturgy notes by Munday.