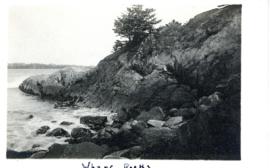 Photograph of the Wharf Rocks at Liverpool, Nova Scotia printed on a postcard 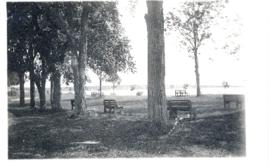 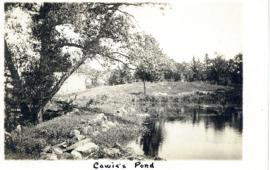 Photograph of Cowie Pond printed on a postcard

Item is a photograph of the pond on the Cowie tan-yard, which is located on the west road from Liverpool to Milton near the railway bridge. 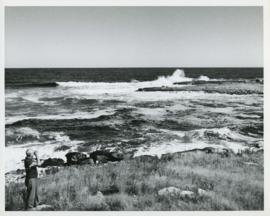 Item is a duplicate of a photograph in Thomas Head Raddall's photograph album, 1944-1961. The photograph has a stamp marking it copyright to the National Film Board on the reverse side. A duplicate copy that can be found in MS-2-202, Box 54, Folder 10. 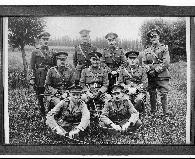 Photographic negatives of T.H. Raddall, Sr. in uniform with other military officials, trees in town, an artist's rendering of a portrait of Thomas Head Raddall, Raddall in uniform as a wireless operator on the cable-ship Mackay-Bennett, tuna fishing with S. Kip Farrington, and being interviewed on the radio, and a candid portrait of Edith Raddall in Bermuda