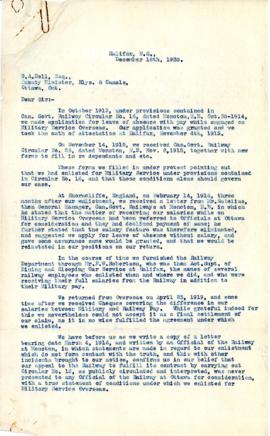 File contains copies of letters of reference for former railway dining car workers who enlisted in the Canadian Expeditionary Force, served in the First World War with the (Dalhousie) No. 7 Canadian Stationary Hospital. The correspondence contained herein discusses disagreements over the promises of wages granted to enlisted men from railway companies as a result of two different circulars being signed in relatively short order. 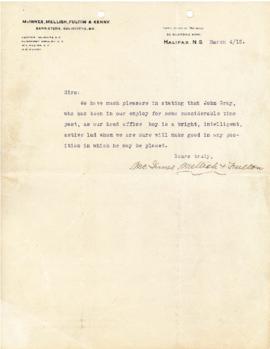 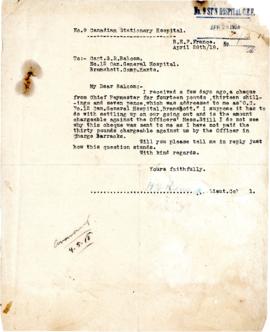