Thoughts of the times : [manuscript] 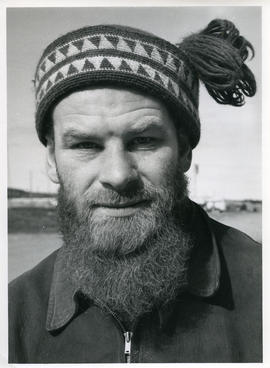 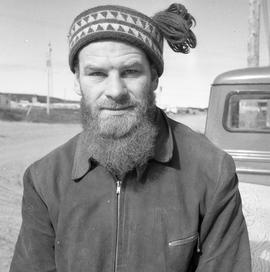 Item is a photograph of Brother Jean from the Oblate Mission in Fort Chimo, Quebec. Brother Jean has a beard and is wearing a woven hat with a tassel on it.

File consists manuscripts, correspondence and two photographs concerning the situation of the leprosy in Korea. 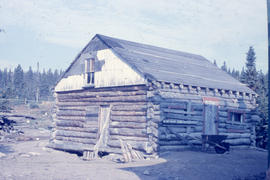 Photograph of a log cabin used by the Oblate mission in Davis Inlet, Newfoundland and Labrador

Recording of an interview with Reverend Bill Peacock

File contains a reel-to-reel recording of Barbara Hinds' interview with with Reverend Bill Peacock, who was a Moravian missionary for 26 years in Labrador. Peacock discusses the Inuit language and the way that the government has dealt with the Inuit people. 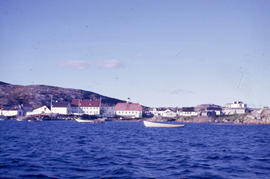 Photograph of the Moravian mission in Hopedale, Newfoundland and Labrador 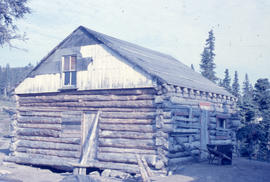 Photograph of a log cabin used by the Oblate mission, Newfoundland and Labrador

Recording of an interview with Rev. Michael Gardner and sounds from the church

Item is a recording of Barbara Hinds' interview with Reverend Michael Gardner, an Anglican missionary in Cape Dorset Gardner talks about the relationship between the church and the Inuit people and how the church was built. The recording also includes people singing a hymn at the church

Item is a recording of Barbara Hinds telling a story about an Anglican church that she attended in Cape Dorset, Northwest Territories. The story is about an Inuit man named Putuguk (uncertain spelling) who built the church, how the missionary Mike Gardner came to Cape Dorset, how his son Kananginak bought the organ for the church, and how Hinds ended up playing organ at the church.
Results 1 to 50 of 125