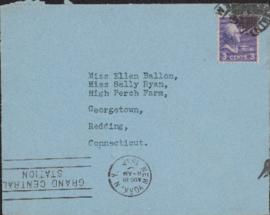 Publishers' rejection letters to Ian Colford regarding his manuscript submission, Fishes in the Flood

The evolving text in the electronic environment : a research paper / Ian Colford : [manuscript]