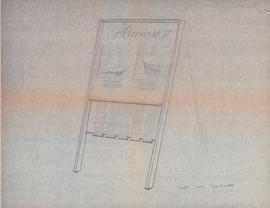 Sketch of a sandwich board sign for the Bluenose II

Item is a drawing of a sandwich board sign for advertising the Bluenose II. The drawing is not to scale. 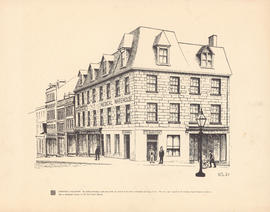 Sail plan for the Lord Strathcona

Illustration of a woman consoling a child.

Item is an unsigned Illustration of a woman consoling a child.

Drawings of a four-pounder cannon

Drawings of GMA coat of arms

Item is a drawing of Samuel McDougall and James MacGallin.

Drawing of the inside of a Church

Item is an unsigned drawing of the inside of an unidentified church.

Drawing of the architectural features of Province House

Drawing of the Ship's bell at Government House

Drawing of the Arlington fully rigged 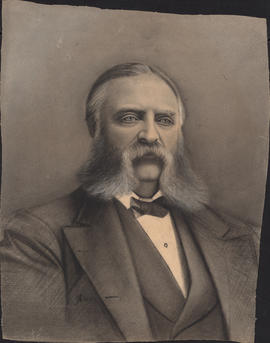 Item is a charcoal drawing of James Ross, the second Principal of Dalhousie College. The drawing is by Allen.

Drawing for Nova Scotia chap-books no. 4

Item is an illustration of a little girl in a tree with wild turkeys published in "The Memorial Tower" written by Archibald MacMechan.

Item is a portrait of an unidentified person.
Results 1 to 50 of 76