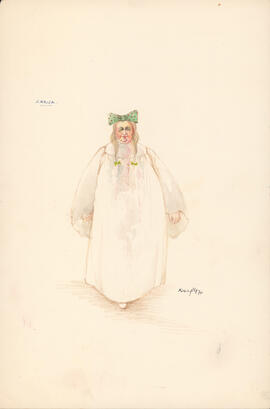 Item is a watercolour sketch of a costume design for Dalhousie Theatre's production of The Insect Comedy. The costume is for a character named Larva. The sketch shows a figure wearing the costume.