Correspondence and notes regarding Canadian Images

Correspondence from Linda G. McIntosh relating to the Sharla project

Correspondence with Muriel relating to the Sharla project

Correspondence with Vailla relating to the Sharla project

File includes a portrait of Budge Wilson, presumably used in promotional materials for the conference. The photograph was taken by Murray Forbes.

Drafts of speech for Images conference

File contains two handwritten drafts and one typed draft with corrections of Budge Wilson's speech titled "Pitfalls and Pleasures of Being a Writer."

File is an audio reel containing an episode of Title Waves. This episode features Murray Pura, an author from Winnipeg, Manitoba. Hosted by Judy Dudar, the episode was recorded April 18, 1989; aired April 20, 1989; and was rebroadcast July 30, 1989.

File is an audio reel containing an interview with Winnipeg-based cartoonist Noreen Stevens on her weekly strip "The Chosen Family", which had featured in gay and lesbian periodicals across North American for about two years at the time of recording. The strip was about to start appearing in The Gazette, the Maritimes magazine for gay men and lesbians. The interview was conducted by CKDU's Brenda Barnes. The episode was recorded on August 8, 1991, and was broadcast on August 22, 1991, August 27, 1991, August 29, 1991, and September 17, 1991 on Title Waves, The Evening Affair, and The Word Is Out, CKDU programs.

File also contains journal entries about the writing tour, written by Budge on the back sides of travel itineraries. The tour was part of the 1987 Children's Book Festival. The file also contains a copy of a map of Saskatchewan and Manitoba with tour destinations marked.

File is an audio reel containing an episode of Voices, a radio program broadcast on CKDU radio 88.1. This episode features Murray Pura (a Winnipeg-born author located in Alberta) reading from his book, "Mizzly Fitch: The Light, the Sea, the Storm". The episode was recorded on April 13, 1989, and was broadcasted on July 10, 1989.

File is a photograph of three House Surgeons of Lord Lister. The surgeons are L. Vernon Langille, John Stewart, and St. Clair Thomson

File contains a program for the 2010 Winnipeg International Writers Festival. Jenny Munday participated in the festival and her biography is included in the program.

File contains a copy of the report prepared by Mary Culham and Pierre Sved on the Sharla Project, including a description of the project, program, a financial report, and reports from the winners of the short story competition (Maria-Fernanda Manzano and Natalia Morris), including copies of their winning submissions. 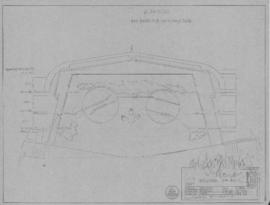 File contains two drafts of "The Bunk Beds" by Jenny Munday, which Munday began writing in St. Benedict's, Winnipeg, Manitoba, in August 2010. One draft has notes written throughout it.