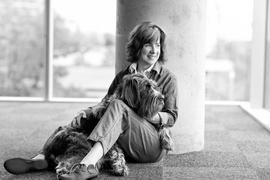 Publicity photograph of Jessica Kerrin with her dog Snickerdoodle 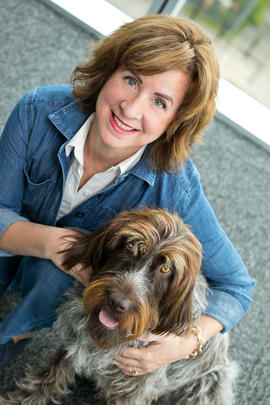 Publicity photograph of Jessica Kerrin with her dog Snickerdoodle

Portrait and newspaper clippings regarding Donald McOdrum, Dalhousie Class of 1897

Correspondence and newspaper clipping regarding A.L. MacKay, Dalhousie Class of 1897

Letter from Laura G. MacRae re. Dalhousie Class of 1897 reunion

Course calendar of the Faculty of Dentistry 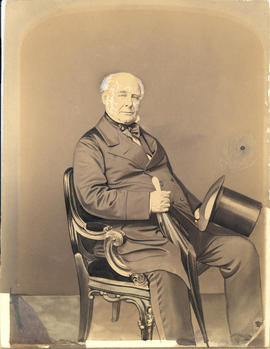 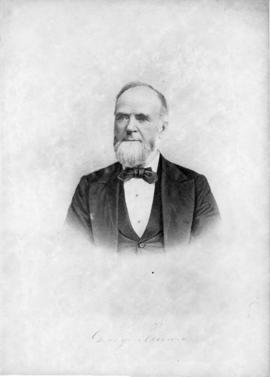 Item is a photograph or engraving of George Munro.

Dr. Murray's description of his association with the American Academy of Neurology

Dr. Murray's association with the American College of Physicians (ACP)

This file includes the 1987/88 ACP pictorial Roster, Dr. Murray's resume of his time with the association and information and pictures of other members.

The program contains some notes from Dr. Murray.

File also contains a 1994 letter from Brian Hennen and a copy of "How an Ethics Workshop for Preceptors Affects Medical Students," Canadian Family Physician 40 (1994).

It seemed like a good idea at the time : ten years of adventure in coffee [edited page proofs]

Be it resolved : the prohibition on payment for surrogacy and gametes in Canada should be repealed

File contains manuscript and background papers for presentation given at the University of Toronto, Faculty of Law and Institute of Health Policy, Management and Evaluation, 22 November 2018.

File contains a program from the 2018 Dalhousie University Black and Gold athletic Awards rolled inside a white Dalhousie baseball cap and tied with a yellow ribbon.

File contains programs for the Fountain School of Performing Arts 2017-2018 and 2018-2019 seasons; a flyer titled "Welcome to FASS!: Opportunities for Dal arts students"; the all 2018 issue of "First Year: The Faculty of Arts and So...

T-shirt, letter, article, and enrolment statistics from the Women in Technology Society

File contains a Dalhousie University Women in Technology Society (WiTS) t-shirt signed by current members of the society; a letter written by the current WiTS executive; an article about enrollment increases for women in computer science at Dalhou...

Calendars of events from the Dalhousie Art Gallery

File contains two calendars of events from the Dalhousie Art Gallery, one for January to July 2018 and one for September to December 2018.

Video and lyrics from the Big Sing

File contains a video and lyric sheet from an event called The Big Sing that was part of a party for Dalhousie University's 200th anniversary.

File contains PP slides for a presentation at a Big Thinking speaker series at the 2018 Congress of the Humanities and Social Sciences, in Regina, Saskatchewan, on 31 May 2018.

File contains slide notes in English and French for a presentation given at the Judicial Ethics Seminar: Ethics in the Age of Disruption, Québec City, 16–18 May 2018; also included is a signed contract and copyright agreement.

File contains two copies of a card with a list of events in Fall 2018 related to Dalhousie University's 200th anniversary. Each card has a promotional button attached to it. One button is white with the 200th anniversary logo. The other butto...

File contains a poster from the Bicentennial Launch at Dalhousie University. The poster is printed in gold and black on white paper.

Promotional buttons from the Great Debate

Programs for the Belong Forum

Poster for "What is the next frontier? The great debate: Space vs. ocean"

File contains a poster for an event called "What is the next frontier? The great debate: Space vs. ocean" that was held at Dalhousie University as part of the university's 200th anniversary celebrations.

Memory stick from the Schulich School of Law

File contains a black and gold USB memory stick with the words "Dalhousie / University / Schulich School of Law" printed on it. The USB is attached to a key ring.

The mountain and the valley : [annotated partial manuscripts]

File contains 11 folders containing annotated partial manuscripts (of varying lengths) of The Mountain and the Valley, probably from a May 2018 workshop. The manuscripts arrived in a state of disorder and were reassembled according to the processi...

The mountain and the valley : [annotated manuscript]

In this light : [annotated partial manuscript and notes]

File contains annotated manuscript pages and a page of research notes from Rob Gordon and a potter.

In this light : [manuscript]

Pottersfield Press correspondence to and from authors, readers and editors

The legend of Gladee's Canteen : down home on a Nova Scotia beach [edited manuscript]

File contains a heavily-edited first draft manuscript of David Mossman's book. It was operating under the title "Gladee's Canteen : The Nova Scotia Saga of Hirtles [sic] Beach and the Hirtle Pioneers" at the time of submission.