File contains an advertising pamphlet of a directory made available for consultation by members.

Fonds consists of two books and a manuscript written by Arnold J. Tingley during his tenure as a professor in the Department of Mathematics and as Dalhousie University Registrar.

Neptune Theatre board of directors lists

Letter from Robert Grant Dexter to Mr. Pratt regarding a job application

Series consists of Robert Grant Dexter's records regarding his activities as a production manager and administrator at Neptune Theatre in Halifax, Nova Scotia. Record types includes lists of boards of directors, financial statements and newspaper clippings.

Correspondence between Robert Grant Dexter and Peter M. Dwyer and Jean Boucher regarding potential employment at the Canada Council

Letter from G.H. Southam, coordinatior of the Canadian Centre for the Performing Arts to Robert Grant Dexter regarding potential employment

Motion regarding a deed from the Baptist Temple Trustees

File contains a motion regarding a deed from the Baptist Temple Trustees to George C. Webster, Edward S. Manning, and Gordon B. Isnor.

Photograph of Thomas Brophy and a group of children

Item is a portrait photograph of Thomas Brophy and a group of children: one young boy wearing sailor suit and straw boater standing in the centre behind two young boys wearing frilly shirts and tam-o'-shanter hats seated in the centre, and one young girl in frilly bonnet and one baby seated in the front row; full pose.

Fonds consists of records regarding the activities of the Advisory Committee of the Dalhousie University Faculty of Arts and Science, of which Rowland Smith was chair, with the objective of dividing the faculty into two separate entities. Materials in this fonds include correspondence, minute of meetings and reports. 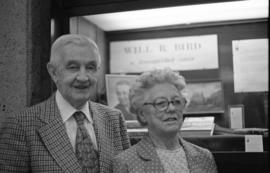 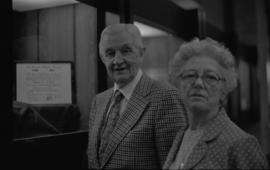 File includes posters, a press release, and an expense sheet for exhibition of puppets and props created by the Gargoyle Puppet Troupe.

Item is an interview transcript from Katherine McLaren's MEd thesis, The proper education for all classes: compulsory schooling and reform in Nova Scotia, 1890-1930. 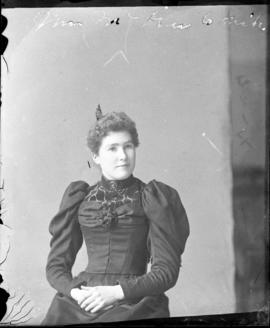 Item is a a portrait photograph of Miss McLean seated, 3/4 pose. "There is a fabric rose at the bust line" 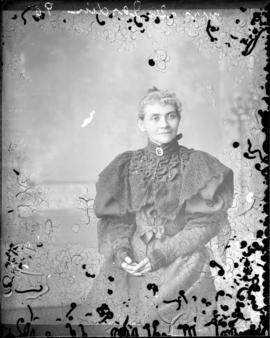 One man with beard seated; 3/4 pose