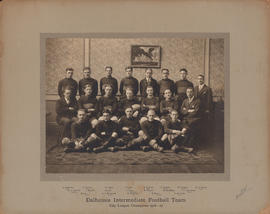 Photograph of the 1926-1927 intermediate football team