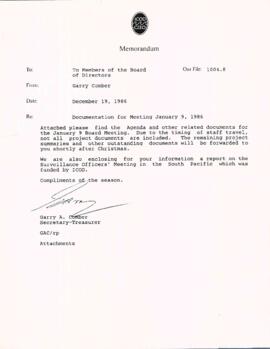 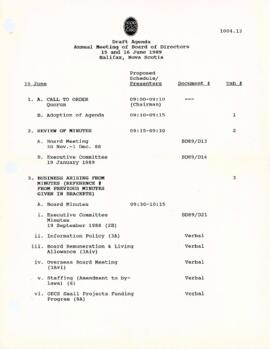 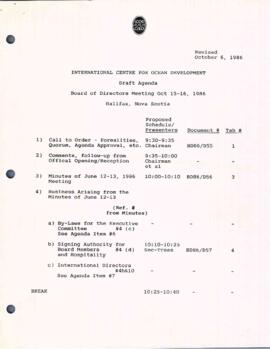 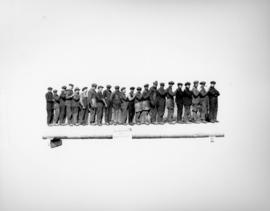 Item is a photograph of 22 men standing on a steel pipe outside. Some buildings are visible in the distance. The photo is cropped with masking paper. 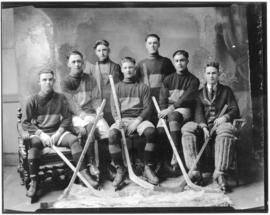 Item is a photograph of two young men standing behind five young men who are seated. All are wearing hockey attire with skates and holding hockey sticks. 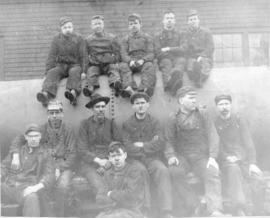 Photograph of workers at the Matheson Foundry

Item is a photograph of five men seated on a large steel pipe outside a shingled building, six men seated on planks in front, and one man seated centre front on the ground. All are wearing work clothes, including caps of soft hats. Annotated: "top - 2nd from left Charlie Fraser Twin of Mrs. L. G. Ferguson", "4th from left Alex MacGillivray", and: "Matheson Foundry."