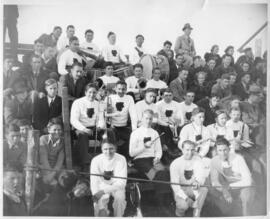 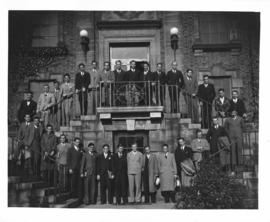 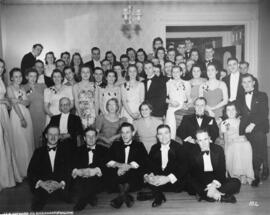 Item is a photograph of attendees of a fraternity dance sitting or standing in several rows and wearing formal outfits.