Item is a postcard of a castle in Bolzano, Italy

Item is a postcard of a castle in Vitre, France

Fonds consists of 46 letters written overseas during the first world war by Weldon Morash and sent to his brother and sister in Halifax, Nova Scotia. It also contains postcards and photographs.

Collection consists of four scrapbooks containing mounted postcards from around the world addressed to or collected by Miss Elliot Miller.

Postcards from England, Scotland and Ireland

Postcards from France and Belgium.

One of these postcards is addressed to Miss Jean ?, 194 Windsor St., Halifax, N.S. 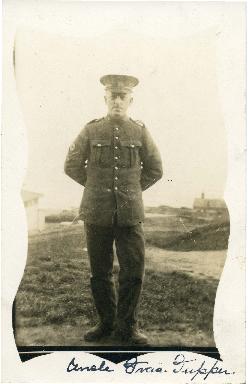 File contains articles by Joyce Barkhouse (and others) for the Wesley Knox United Church, including "For Mothers and Others"; the announcements of the Thomas H. Raddall endowment at Dalhousie University Libraries; family postcards; photographs of Joyce Barkhouse; correspondence; printouts of Google search results for Joyce Barkhouse; magazines featuring her writing (including 10 "Canadian Boy" magazines with installments of her story "Purple Cloak"); programs from the Ann Connor Brimer Award for Children's Literature (1991); newspaper clippings; Janet Barkhouse's nomination of her mother for the Order of Nova Scotia; and a draft of "Doctor's Daughter."

Six thank you postcards, and one letter from students, to Budge Wilson

File consists of: six handmade postcards with stamps; and one letter sent from students, to Budge Wilson.

Postcard of a sketch of the old Victoria General Hospital used in Noble goals, dedicated doctors 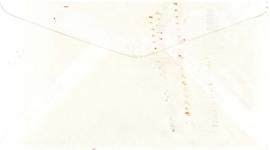 Postcard of the Dalhousie College - Forrest Building to be used in the book "Noble Goals, Dedicated Doctors"

Postcard of the Dalhousie College - Forrest Building to be used in the book "Noble Goals, Dedicated Doctors"

The postcard has correspondence from Jack R. Merreck to Mr. John (Jack) Campbell.

Postcard of Professor Bronson's Study Group Reconciling the Bible and Science to be used in book "Noble Goals, Dedicated Doctors"

Item is a postcard of a castle in Austria