Item is a photograph taken by Wamboldt-Waterfield.

Photograph of R.N. Maddox at a computer screen

Item is a photograph taken for and published in Dal News, volume 17, number 1.

File contains clippings and photographs of Derek Mann and a booklet, "An Ounce of Prevention."

File contains Dalhousie News article and and other newspaper clippings.

File includes "A History of Alexander McLeod and the McLeod Professors in Chemistry" published in Dalhousie News; notice of award; photographs; and a report co-authored by A.E. MacLeod.

File contains newspaper articles and a photograph of J.Marshall.

Photographs and announcement of B. Mason's appointment as Vice-President of Dalhousie

File contains a photograph and article about H.P. May.

File contains a Dalhousie News article and other clippings about R.I. McAllistair.

File contains a copy of Dalhousie News, a letter of recommendation and two photographs.

Item is an article about hockey published in the Chronicle Herald on November 27, 1991.

Item is a photograph.

File contains articles by and about Robert M. Martin.

File contains photographs and an article published in Dal News on November 20, 1985.

A boardroom table at Dalhousie University / by Fred W. Matthews

Ruth E. May, Department of Nursing

Larry Mayer and the case of the giant clams

Item is an article from Dalhousie News.

File contains the articles "Removal of Pyrite from Coal by Conditioning with Thiobacillus ferrooxidans Followed by oil Agglomeration" and "Microbiology in Mining. "

Press release regarding the appointment of Dr. R.H. March as Chairman of Dalhousie University's physics department 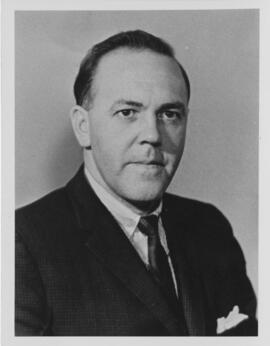 Item consists of a photograph of Arthur Shears, likely taken sometime in the mid-1960s, when he was Medical Director of the School of Physiotherapy. 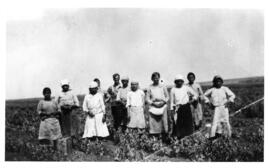