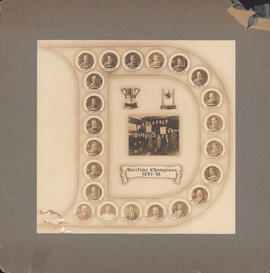 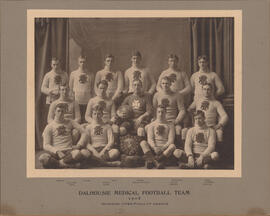 Item is a photograph of the 1908 Dalhousie Medical football team. The photograph shows Stewart; Calder; Atlee; McNeil; McDaniels; Crowe; Hartigon; Coffin; Maeritchie (Captain); Beaton; Saunders; Davis; Grant; Goodwin; and Bethune sitting or standing in three rows with a football and a plaque. Their jerseys have skulls and crossbones on them. 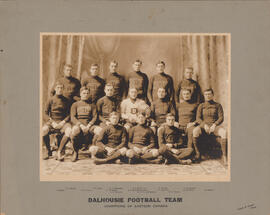